Exploring the “Pearl of the Adriatic”, Days 3 and 4

Today was our most-important walled city tour; we joined the crowd at the historic Pile Gate bought the entrance ticket at the small booth near the Onofrio’s Fountain. The nearly two-kilometre long and winding medieval wall with several ups and downs offers panoramic view of the city and the sea- a photographer’s delight! 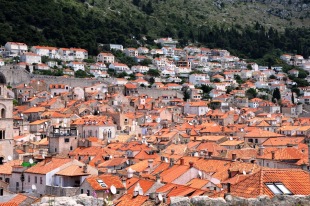 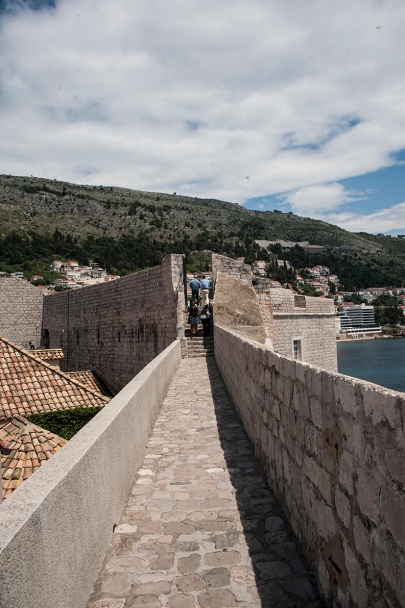 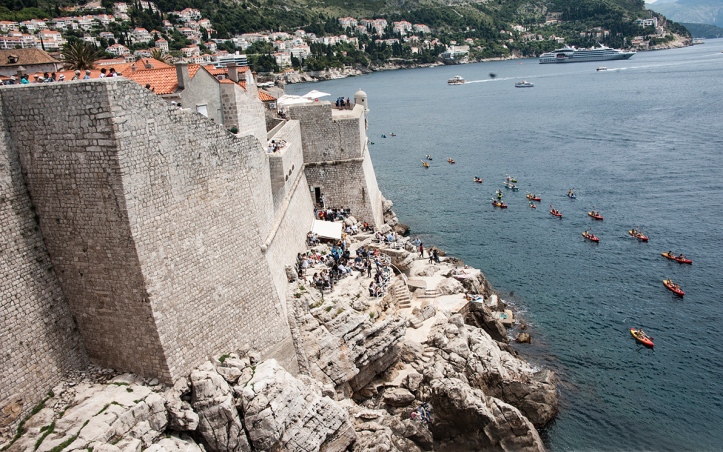 You only have to stand at any vantage point, close your eyes and visualise yourself switching back in time; armed soldiers and canons guarding the city from marauders; weather-beaten sailors, hard-bargaining merchants and shrewd traders at the harbour; street pedlars and performers at the squares. Made a quick visit to the small but well-kept maritime museum within the fort with artefacts and remains from the days of yore! 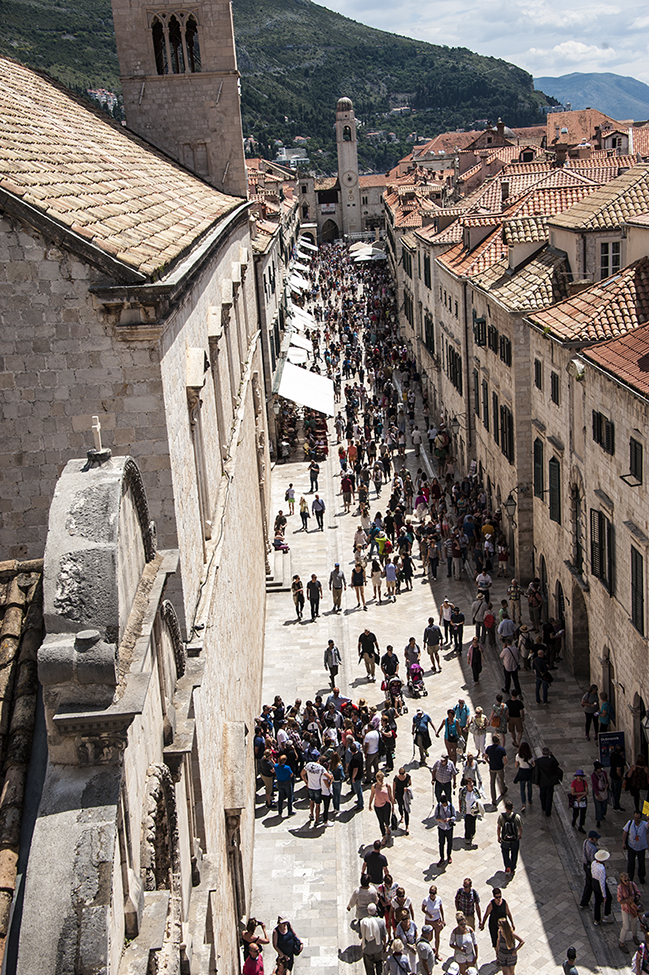 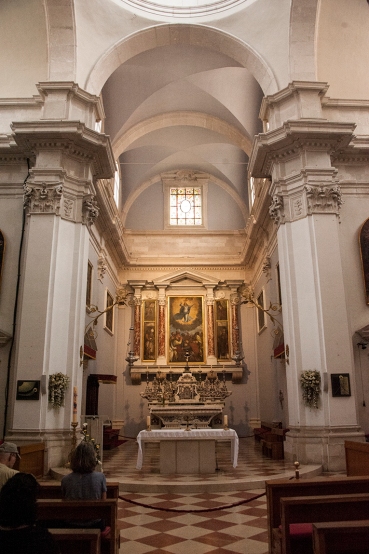 Done with the wall, we came back to Placa also known as Stradun, the main promenade of the walled city. Fully pedestrianised with shiny limestone, it is full of souvenir shops, gelato bars, cafes and restaurants with exception of the most prominent buildings such as the Church of St. Blaise, the Rector’s Palace (closed for renovation), the Sponza Palace and the Franciscan Monastery with its oldest pharmacy in Europe still operating! The best way to enjoy Stradun is to take a walk up and down the street visiting the attractions of your choice and when you get tired, sit in front of one of the cafes, get your drink and enjoy watching people of all colours and characters until the sun goes down.

I have written two separate blogs on our trip to Vjetrnica Caves followed by our lunch at the historic hotel Stanica Ravno. Please click here to read….

Post-lunch at Hotel Stanica Ravno , we continued on a 2 hour drive to Mostar in Bosnia and Herzegovina. Developed during the 15th and 16th centuries as an Ottoman frontier town, Mostar is strikingly different from the rest of Bosnia’s landscape with its old Turkish buildings spread over the old town. We walk along the narrow, historic old streets, climbed up the famous Old Bridge- Stari Most- the high point of Mostar town. There are numerous souvenir shops flanking the narrow lane to the bridge- actually spoiling the authenticity of the old town. If you have been to Turkey, you can’t help remembering the Grand Bazaar or the Araasta Bazaar of Istanbul. We spent about two hours at Mostar and then returned to Dubrovnik in time for our dinner. 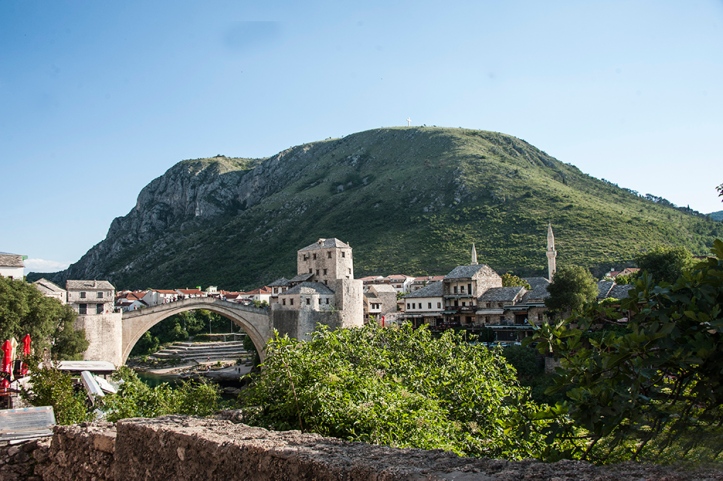 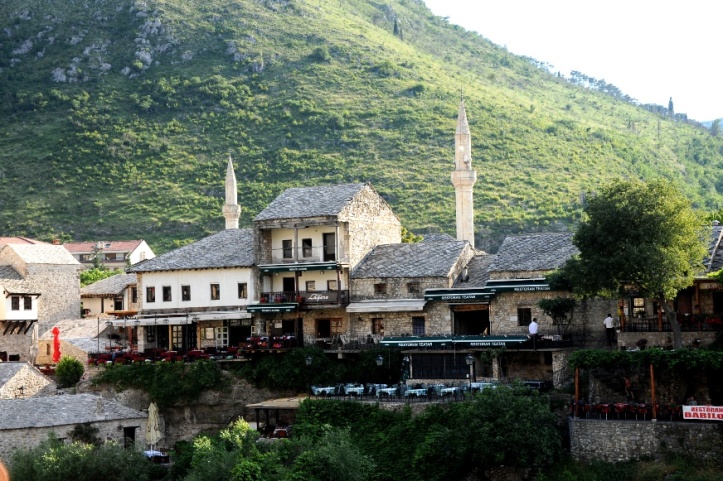 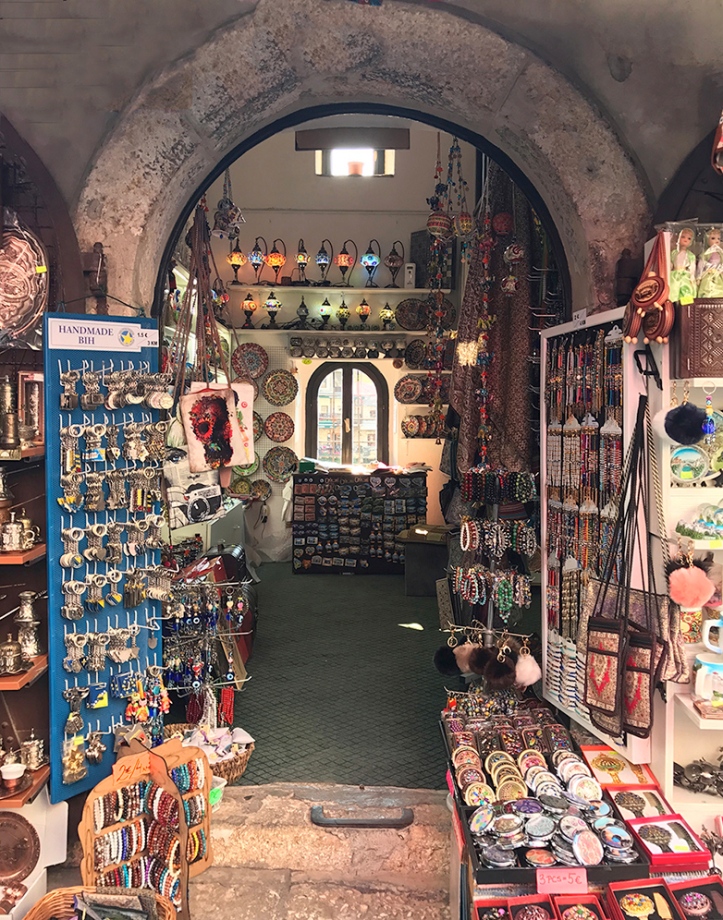